Why many Native Liberians cannot be trusted. 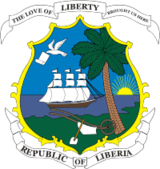 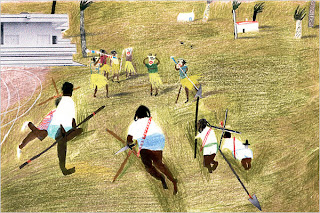 There is a growing debate in Africa over the role Africans played in the slave trade.Now some have accused me of starting conflict within our community.I want to say I still believe African unity is possible.But when people who are ignorant and narrow minded put tribe above anything else.Mis informed African Americans underestimate tribalism and xenophobia in Africa and many will see this when it is too late.Ive always said the descendents of the victims of the trans Atlantic slave trade need to have a nation of their own.I will not back off that belief.They same thing can happen to us again.Maybe not a slave trade but violence,civil rights abuse,theft,rape,murder genocide,discrimination all are the step children of slavery.I have been studying our experiment in nationhood-Liberia for over 20 years.I have seen where our ancestors went wrong and what they did right.What was clear was the desire to have a nation with people who dont want to be a nation is not feasible.People with no concept of the modern world.No concept of White supremacy,colonialism,geo politics,finance,ect.The failure of the settlers to win the hearts and minds of the native people was the biggest shortcoming.No real vision was articulated until Tolbert became president and by then it was too late.The images of old men being stripped naked and gunned down by roving drunk soldiers while the crowd cheered this blood lust cannot be forgotten.Now it seems some So called Native Liberians are not done.They want more blood.Now at a time Liberia is trying to convince the world it is on the way to reconciliation there are people ready to send Liberia into another war.This time there are no settlers to blame.Now it is NATO,America,AFRICOM,Chevron,Mittal to blame.It is never the people who had power for the last 31 years and destroyed a once beautiful up and coming nation.The following is a conversation that transpired on a discussion about the Americo Liberian vs Natives debate.

-- It is well documented way before the settlers arrival that inter-tribal wars were outstanding in Liberia. Natives attacked each other, captured & enslaved one another, sold one another as slaves. Majority of the attacks came about as a result of trade disagreements & disputes, and offcourse cultural differences.

I have listen to folks argue, Cuss one another and damn at others because of their views and stance on the issue of Americo-Liberian V.S. Natives. No one actually states & clarifies the assualts and attacks the native perpetrated on the settlers, which were numerous. And there were numerous assualts!

Nevertheless, when the settlers banned together as small a percentage as they were and usurp power, maintaining control for over a period of 100+ yrs. every Liberian play the blame game and rebuked our settler ancestors who were of African descend forcibly removed from their very homeland, (AFRICA)... Perhaps by the same Country or Natives people.

Have we ever stopped to think many of these same natives came or migrated from parts unknown?? (Other regions)....
--QUESTION IS:
(1) Why is some native Liberians insinuating that they have more rights to Liberia then, those who came from the State and settled in Liberia?? Does native Liberian have more rights or entitlement to Liberia then others???
(2) why do we constantly blame americo-Liberians or Congo people for the natives & Liberia's failures??

**This is not intended to provoke insults or fights. Simply to debate reasonably & find solutions to re-unite ourselves..** THANK~YOU, ALL!
Unlike · · Unsubscribe · 14 hours ago

You and 2 others like this.
Duke Fearless Hyena Kla-Williams Good debatable piece Coopz!
14 hours ago · Like · 1 person
Thomas Cooper ‎~~Thanks Duke Fearless Hyena Kla-Williams...We need to find answers & solutions to our age old problems:-)
14 hours ago · Like
Wonnie Arkoiwala When the settlers came, they started to behave like slave masters themselves. They took children of the so-called indigenous to live with them n most of those children were treated differently from d biological children. The settlers, becos they knew the alphabet had to b masters.
10 hours ago via mobile · Like
Ruth Dorsla I object to the collective term "native people" what you mean is native peoples as you are well aware that there are separate tribes who were separate kingdoms/chieftain etc. Africans did not sell their OWN people. One tribe would sell the people of their rival tribe, mostly after defeat as a means of acquiring their land & eliminating the possible chance that their enemy could return & undo them.
As far as the natives attacking the settlers, hell yeah! What people of sound mind would let a stranger or even relative move in the house unannounced & feel entitled by saying "my parents used to live in this neighbourhood, not this exact house, but any house near here will do. After all you MAY have had something to do with them losing their house".
This is ridiculous & duplicitous because we have had this very discussion before. I also suspect the same idiot who called me a bitch, whore & prostitute on discussing Liberia because he got frustrated will show he face here again.
If we are going to have these conversations people need to grow up!
10 hours ago via mobile · Like
Thomas Cooper ‎Ruth Dorsla: among Liberians it is understandable when the terminology " natives " ie: " congo's " " americo-liberian or " country man" is used for that matter.. There are numerous references to inter-tribal rivalries even before the settlers arrival...

This post is rather different from other post that have been discussed and it is our plea to address it appropriately. I am not aware of any " Idiot" who insulted you on Discussing Liberia as you stated. However, in the event of such I advice you kindly inform the Admin.

In the main time let's address the topic!
2 hours ago · Like
Ruth Dorsla ‎@Cooper, did I not address the question? I did. The native peoples of Liberia are the only natives I am referring to in my answer. Kpelles DID NOT sell their own, Krus DID NOT sell their own. They sold their enemies. There were cases of two rival clans of the same ethnic group fighting for power. The winner seized power & the losing clan was killed or sold.
Now having made my answer clear, revisit my previous comment.
2 hours ago via mobile · Like · 1 person
Lena Broberg The history of the already existing slavery in Africa and other places in those days are not so so wellknown to most people, in that system there was always or often a way out...the slavery forced upon blacks by whites is a total different story, the most unjust and brutal ever...a shame for humanity!
2 hours ago · Like
Teddy Theodora Brooks I recently responded in another forum on this same topic although presented in a different way. The actions of the settlers and the indegenous people were not limited to them, it was and continues to be universal. Humans are capable of great good and great evil. And it goes back to the beginning of time. The selling of humans as slaves goes back to Biblical days. The transatlantic slave trade was barbaric because the people were taken away from eveything. Where as in an African setting one could hear their language and send a message or even find people of their own ethnic group in their new "home," this one completely alienated the people from their roots. Also, let's not forget the horrific slave ships that they travelled on and the conditions. All that said, what is the purpose of this ongoing back and forth about the actions of Americo Liberians versus Indigenous people? Our history is well known and the horse has been beaten to death so hard that it is a pulp. No one is in denial. What I see is finger pointing "your folks did this" on both sides. No side was perfect!!!! We seem to be stuck on accusation. Is there a way for us to take the conversation to a place where national pride and the commitment to NEVER repeat the sins of our forebears can be the order of the day? We are an incredible people. Whether in LIberia or in the diaspora, Liberians have made something out of themselves. The younger folks have role models and hope, lets focus on the best of ourselves and vow never to let the past repeat itself.
2 hours ago · Like · 1 person
Lena Broberg I wrote a small paper on this issue long time ago, while studying social/cultural anthropology, before computerage...I too lazy to scann n translate it less someone really interested...
2 hours ago · Like
Posted by Kala Nation at 4:09 PM

To Afrikans in America they did sell their own because the people they sold were BLACK AFRIKANS. A great deal of continental Afrikans, like the person above, feel their tribe is their own and anyone outside of the tribe is a stranger at best and an enemy at worse.

Afrikans in America don't know what country or what tribe they were stolen from or which tribe sold them. So when they use the term AFRIKAN it is a political statement and attaches them to a land and a culture the same was a CHINESE person is attached politically to CHINA.

The fact we don't see each other as one Black Afrikan Family and only look at our tribe or clique as our own is the reason why we can't bust a grape on a socio-economic and political anywhere on the planet. BUT...the real kicker is that our open enemy has absolutely no problem identifying who we are and sees us all the same.

'our open enemy has absolutely no problem identifying who we are and sees us all the same.'

It doesn't matter at all that they were 'rival' clans. What matters is they sold them. Why can't you accept that?
Muslims sold Christians & Christians sold Muslims but they did not sell each other. Africans did. And still do.

Black people, the world over, are their own worst enemy.