Up coming novel.Journey to the Promised Land 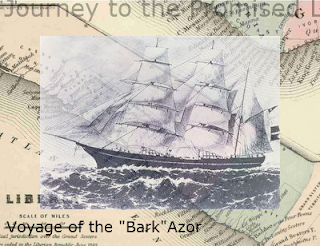 The year was 1877 the Dixicrats have successfully filibustered the election of Rutherford B Hayes and brought the country to a grinding halt.Much like they are doing in 2012 with President Barack Obama.Years of violent resistance towards the progress of African Americans, finally saw the Northern Republicans withdrawal of support for suffrage and civil rights of Blacks in the South.With Jim Crow laws and unbearable poverty and humiliation,many decided it was time to go back to the land of their ancestors, Africa.A Black run republic Liberia offered a "Given Promise"of 25 acres of land to any settler who would make the dangerous voyage across the Atlantic Ocean to the Promised land.Led by Reverend William Thompson of the African Methodist Episcopal Church of Charleston South Carolina,thousands organized to purchase a Bark Ship,The Azor.The voyage took many lives, but many made successful lives in their new land.Helped in the story by the father of Pan Africanism Edward Wilmont Blyden,the voyagers are brave.There is love,hate,envy,courage,valor,treachery,peril,hope,unity,joy,pain. When people think of African Americans and Africans in general images or thoughts like,inferior,victim,slave,poor,subject,lost.But when one thinks of terms like adventurer,pioneer,conqueror,hero,colonizer,civilizer,builder,aristocrat,wealth,landowner,statesmenship Black men do not come to mind.Black men built civilization in ancient times and medieval times.Why are people shocked that Black men will not go to war,oppress,Conquer,plunder for a better future?Are Black men like any other men?Are they suppose to be victims for eternity?This novel is an escape to a great time in African American history, when Black men from every skin tone united to build a nation on African soil.This novel will be out soon.Dont miss it,you will enjoy it. 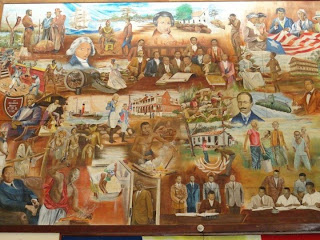 Posted by Kala Nation at 10:37 PM 4 comments: Links to this post