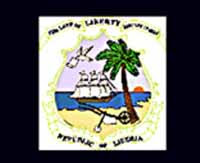 Black shipping magnet and Quaker Paul Cauffe realized that although he achieved wealth in America he was not safe.This was because the year was 1816 in Boston Mass and in America.Despite of the ban on the slave trade in the US Constitution the slave market in the country still flourished.This meant that the African would forever be linked to human bondage by his color in America.Cauffe decided that only returning to the home of our ancestors would African Americans redeem their humanity and respect.He sailed for British Sierra Leone where he established the settlement Freetown.The success of this gave rise to the American Colony Society.Whites initially started this but that lasted only a few years.The many AA who came quickly founded the first Black Republic.This Republic was a success.While much of Asia,Latin America and Africa was colonized a proud free Black Republic stood.Most people say the settlers oppressed the natives.This was a lie.The settlers ended the slave trade in its borders.They executed slave traders Africans and Whites they caught.The natives tried to defeat the settlers to resume the slave trade.Over the years the native were slowly intergrating into the settler society.Liberia build a modern economy that built the country into the first world.With many problems and setbacks they were determined to be free.Freedom was independence from foreign influence.Liberia expelled many US diplomats over the years.What Liberia needs is unity and the recognition that the Republic is also a part of the African American community.That there are many AA's who can contribute to its development.The US gov has never been a friend of the Liberian people it only wants a colony and a place for militaristic mischief once the war in Iraq is over.Remember it was AA ancestors who founded the country and they are not properly being included.We want to help.We believe all Liberians are brothers.The many tribes,Vai,Mande,Kru,Bassa,Khruah,Americos,ect all can form a powerful cultural alliance.All peoples are great and are needed.The future has AA's returning home and Liberia is the main place to be.
Posted by Kala Nation at 9:57 PM 2 comments: Links to this post