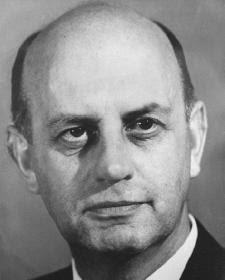 Some very disturbing words from former South African President Pik Botha in his address to Parliament."Pretoria has been made by the White mind for the White man. We are not obliged even the least to try to prove to anybody and to the Blacks that we are superior people. We have demonstrated that to the Blacks in a thousand and one ways. The Republic of South Africa that we know of today has not been created by wishful thinking. We have created it at the expense of intelligence, sweat and blood. Were they Afrikaners who tried to eliminate the Australian Aborigines? Are they Afrikaners who discriminate against Blacks and call them Nigge*rs in the States? Were they Afrikaners who started the slave trade? Where is the Black man appreciated? England discriminates against its Black and their "Sus" law is out to discipline the Blacks. Canada, France, Russia, and Japan all play their discrimination too. Why in the hell then is so much noise made about us? Why are they biased against us? I am simply trying to prove to you all that there is nothing unusual we are doing that the so called civilized worlds are not doing. We are simply an honest people who have come out aloud with a clear philosophy of how we want to live our own White life.

We do not pretend like other Whites that we like Blacks. The fact that, Blacks look like human beings and act like human beings do not necessarily make them sensible human beings. Hedgehogs are not porcupines and lizards are not crocodiles simply because they look alike. If God wanted us to be equal to the Blacks, he would have created> us all of a uniform colour and intellect. But he created us differently: Whites, Blacks, Yellow, Rulers and the ruled. Intellectually, we are superior to the Blacks; that has been proven beyond any reasonable doubt over the years. I believe that the Afrikaner is an honest, God fearing person, who has demonstrated practically the right way of being. Nevertheless, it is comforting to know that behind the scenes, Europe, America, Canada, Australia-and all others are behind us in spite of what they say. For diplomatic relations, we all know what language should be used and where. To prove my point, Comrades, does anyone of you know a White country without an investment or interest in South Africa? Who buys our gold? Who buys our diamonds? Who trades with us? Who is helping us develop other nuclear weapon? The very truth is that we are their people and they are our people. It's a big secret. The strength of our economy is backed by America, Britain, Germany. It is our strong conviction, therefore, that the Black is the raw material for the White man. So Brothers and Sisters, let us join hands together to fight against this Black devil. I appeal to all Afrikaners to come out with any creative means of fighting this war. Surely God cannot forsake his own people whom we are. By now every one of us has seen it practically that the Blacks cannot rule themselves. Give them guns and they will kill each other. They are good in nothing else but making noise, dancing, marrying many wives and indulging in sex. Let us all accept that the Black man is the symbol of poverty, mental inferiority, laziness and emotional incompetence. Isn't it plausible? therefore that the White man is created to rule the Black man? Come to think of what would happen one day if you woke up and on the throne sat a Kaff*ir! Can you imagine what would happen to our women? Does anyone of you believe that the Blacks can rule this country?

Hence, we have good reasons to let them all-the Mandelas-rot in prison, and I think we should be commended for having kept them alive in spite of what we have at hand with which to finish them off. I wish to announce a number of new strategies that should be put to use to destroy this Black bug. We should now make use of the chemical weapon. Priority number one, we should not by all means allow any more increases of the Black population lest we be choked very soon. I have exciting news that our scientists have come with an efficient stuff. I am sending out more
researchers to the field to identify as many venues as possible where the chemical weapons could be employed to combat any further population increases. The hospital is a very strategic opening, for example and should be fully utilized. The food supply channel should be used. We have enveloped excellent slow killing poisons and fertility destroyers. Our only fear is in case such stuff came in! ! to their hands as they are bound to start using it against us if you care to think of the many Blacks working for us in our homes.

However, we are doing the best we can to make sure that the stuff remains strictly in our hands. Secondly, most Blacks are vulnerable to money inducements. I have set aside a special fund to exploit this venue. The old trick of divide and rule is still very valid today. Our experts should work day and night to set the Black man against his fellowman. His inferior sense of morals can be exploited beautifully. And here is a creature that lacks foresight. There is a need for us to combat him in long term projections that he cannot suspect. The average Black does not plan his life beyond a year: that stance, for example, should be exploited. My special department is already working round the clock to come out with a long-term operation blueprint. I am also sending a special request to all Afrikaner mothers to double their birth rate. It may be necessary too to set up a population boom industry by putting up centers where we employ and support fully White
young men and women to produce children for the nation. We are also investigating the merit of uterus rentals as a possible means of speeding up the growth of our population through surrogate mothers.

For the time being, we should also engage a higher gear to make sure that Black men are separated from their women and fines imposed upon married wives who bear illegitimate children.

I have a committee working on finding better methods of inciting Blacks against each other and encouraging murders among themselves. Murder cases among Blacks should bear very little punishment in order to encourage them.

My scientists have come up with a drug that could be smuggled into their brews to effect slow poisoning results and fertility destruction. Working through drinks and manufacturing of soft drinks geared to the Blacks, could promote the channels of reducing their population. Ours is not a war that we can use the atomic bomb to destroy the Blacks, so we must use our intelligence to effect this. The person-to-person encounter can be very effective.

As the records show that the Black man is dying to go to bed with the White woman, here is our unique opportunity. Our Sex Mercenary Squad should go out and camouflage with Apartheid Fighters while doing their operations quietly administering slow killing poison and fertility destroyers to those Blacks they thus befriend.

We are modifying the Sex Mercenary Squad by introducing White men who should go for the militant Black woman and any other vulnerable Black woman. We have received a new supply of prostitutes from Europe and America who are desperate and too keen to take up the appointments.

My latest appeal is that the maternity hospital operations should be intensified. We are not paying those people to help bring Black babies to this world but to eliminate them on the very delivery moment. If this department worked very efficiently, a great deal could be achieved.

My Government has set aside a special fund for erecting more covert hospitals and clinics to promote this programme. Money can do anything for you. So while we have it, we should make the best use of it. In the meantime my beloved White citizens, do not take to heart what the world says, and don't be ashamed of being called racists. I do not mind being called the architect and King of Apartheid. I shall not become a monkey simply because someone has called me a monkey. ''I will still remain your bright star...

PEOPLE THINK THIS EVIL RACIST SPEECH IS URBAN LEGEND. BUT IS IT REALLY? THINK ABOUT RACE COMPARISONS!

1. 2009 unemployment among white South Africans = 5% . A lot lower than the national average of 23% and even further below the figure of 27.9% for Africans. It's also half that for the United States.