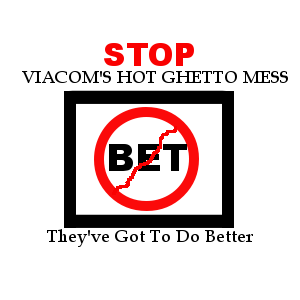 Be good work hard obey the golden rule and your parents and you will go far.How many of us believed this growing up?How many of us were told never to question what our teachers taught us?They say ignorance is bliss.Why are we as Black people so tolerant to the mass degredation and destruction of our people?It is because silence is golden?Silence allows people who do wrong or things to our detrement live in comfort.Silence allows us to sit back and live a life not bothered by compexities and adversities all men must face to improve the world.What does silence do?Well throughout history silence allowed rulers and tyrannts to rule without without breaking a sweat.To the people who do wrong silence is golden.To the people who are victims that silence is yellow.Yellow means not golden but pretty enough to shine and pacify.In Black America silence has allowed people to misrepresent us,what we want and how we want to be viewed.It is not to say we don't have a history of protest in our community we do.It is just we have always relied on certain people to speak for us.The majority of our people hate violence,drugs,crime,ignorance but that does not stop Clear Channel Communication,MTV,BET and the whole so called Hip Hop recording industry from portraying us as subhuman.We are reminded everyday the danger of silence.Traitors and enemies among us doing everything they can to make life hard for us in this land.It is hard enough being Black but when the people in power demonize you for things untrue is is the worst.Silence is killing us.We have to make the world see our struggle.We are like lambs being preyed upon by predators in our community,and exploited by politicians,leaders,business people ect.The true Black man is finally speaking up and people are not liking what they hear.The foundation of American culture is changing.The world is recognizing the rippling muscles of the Black man in America.The whole thug,gangsta thing is a continuation of slavery and bondage.The Pan African superman is emerging ready to build Africa and the Black community.We are mad as hell and we are not taking it anymore!We care about the world we are in and we have alot to say about it.I am tired of being the peon,the butt of America's jokes.We are now looking at realing prosperity and owning a piece of this world.
Posted by Kala Nation at 3:12 PM

Well, the Pundit's new widget "fuzzed" my shizz up. It's all good though. I've linked to your radio show, because I think the Nigerians will like it.

Hey bro. I had a BALL last night (Sunday) talking with you about Black Coonservatives. When I listened to the podcast, I noticed that I sometimes begin to speak to early. I'll be sensitive about this in the future. Finally, the New Black Panther Party is going to be on Blog Talk this Tues. If you haven't received the email, let me know. I'm going to attempt to call in (it's a tribute to the life of Khallid Muhammad).

Thank you Brother/Sister Strange Fruits.Yes the coonservatives are annoying.I will have a part 2 to this soon.I will try to stop by and pay my respects to Dr Khallid Muhammad.