Would you sell your soul for fame and fortune?Kalagenesis Poll. 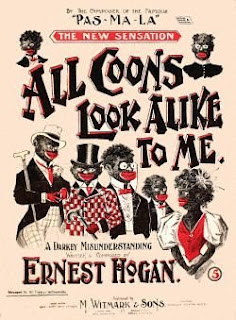 In every movement,belief,ideal,people have to hold on to the core value of what defines a people.Its customs,beliefs,history,purpose,kinship,faith.All of these things and more make up core values of a people.These things unify a group of people like language and heritage.When people live by their core values and convictions you call that person 'principled'.We a person cares or does not have a core value they tend to be pleasure seekers and hedonist.Not always but most of the time.Now the best illustration of this is in the music industry.There used to be a time when artist sung songs about life and universal themes that uplifted their fellow man.The core value that all men are born with comes from God.God manifesting himself in human beings.We are the only creatures with a soul.Our soul enables us to survive hardship,know right from wrong.Be caring and most of all care about our fellow man.Yes we are men not some higher form of beast.We know right from wrong.God puts that in every man and woman.

When I look at the vermin,filth I see in the media I ask myself who are these people although rich continue to be used to promote counter culture,crime filth,greed,materialism?All the things that rot the soul and corrupt mankind.Well I know this people could have done what Lil Kim,50 cent,Young Jeezy,did 70 years ago but they didn'tThey refused to put on black face and coon for the world.You see once you sell your soul to the devil for fame and riches you cant come back from it.Your word is your bond.When you decide to make a song about murdering your enemies baby-Lil Kim,selling coke-Jeezy,people listen to that then go on thinking this is normal.Music is suppose to put people on the right path to inspire.You may sell half as many units but you are doing the right thing.How many good musicians are out there who will never be heard because they wont sell out?Many that is the sad part.

There is another side to this.One that every person at one time or another fantasized about.What would it be like to be a criminal?Someone that makes their own rules.Or a coon/sellout like Flavor Flav.He is making alot of money.Would you demean yourself the way James T Coon Harris did by begging John Mccain to to find and bring back the runaway slave Barack Obama?Would you sellout?Would you coon?Would you for a million dollars play Buckweat,or a mammy in the next IHOP commercial?Would you say things like" lawdy lawdy,Iz so full from these pancakes I am going to sleep for 5 days"?Would you support John Mccain like Jeezy once did.Would you diss Al Sharpton to sell more records like Lil Wayne.Would you call that racist Bill O'reilly, Mr O'reilly like Juan Williams did while he just calls you Jaun?Would you be a 40 million dollar slave like most Black athletes and entertainers? I know this is a White mans country and sometimes we are just surviving.But how much is your integrity worth?The poll question is would you coon,sellout,or compromise for fame and wealth?