Over the years the Kala Nation Blogs has been the leader in attacking threats to the Black culture of America.The Neo Minstrel Age is the continuation of human degradation and bondage done to facilitate White Supremacy and African submission in American culture.There are very few bloggers or pundits talking about the ignorant forces inside the Black so called community.Image making is the biggest weapon the hidden hand use to keep the masses of Black folks in line.Self hate leads to self doubt.Self doubt causing an individual to be dependent on others for what they should be doing for themselves. Black men as clowns,buffoons,hambones,shines and coons There is a well known false image of Black men the media and popular culture promotes.The sexual beast lusting for White flesh as his sole desire in life.The"Mandingo Image"is something some traitors in the Black porn industry capitalize on to make money.Selling the dignity,and all great Black men fought against.The traitors are known.Another image is the clown,simpleton,buffoon,joke America puts out as a non threatening cowardly boyish fool,who never grows up and becomes a man.I saw this first hand moving back to the South.Grown men in their 50's with boyish childish ways.This is a continuation of the White power structure,where the only man is the White man.When a Black man wants to open a business no one supports him because the culture does not take him seriously.There is no such thing as a community without and economic base.It is a unwritten code that the White boy's life and future is taken seriously in the South more than a Black boy's future.Especially by Black folks.This is an internalize forfeiting of ones God given right to a life of happiness on Earth.The Black African male is used as entertainment,amusement and wonder for the American public.It is to the point that African immigrants do not want to be confused for being African American.They take their image seriously.Their image is how they will rise and fall in the world.The image of the African American is create by White racist to keep a permanent underclass.Even when the underclass is doing well,it is Whites who benefit the most from it,and the one trillion in earning power the Black community generates a year.No other race will settle for such an arrangement.It is fear that preserves the order of things.Fear of the police.Fear of losing a job,fear of foreclosure,fear of death.To survive in America one has to smile and be a clown,foot shuffling,sports going,partying dancing man till the day he dies.Not some Civil Rights Movement.This was well documented recently.A study found very few Black people supported integration into American society,and that the Back to Africa movement was stronger than previously believed.What you see is surrender of a people to survive. Deadly Clowns Not everyone wants to live in a suburb and objectified.Not everyone wants to be marginalized and forgotten about tucked away in some Hood.Some people will do anything to break out of the mold.To be taken seriously.You know the types.One day he was a boy play ball,then a few years later he is killed in a gun battle."He was a good boy happy go lucky funny"."What happened"?What happened was Pookey was tired of being laughed at.Pookey was tired of being a joke,tired of being dismissed,tired of being a clown.These brothers in the hood in the coming years are the most serious threat to Black America,and they are being encouraged by White Suburbanites.They are the ones fascinated by the crime and antics in the inner city.I've seen first hand overblown reputations having people believe they were hood superstars when then were just clowns,mothers on section 8 and living in roach infested apartments.Becoming a drug dealer and carrying a gun means no one will look at you as a clown again.You are now feared.You have juice.This is the challenge I give to the so called conscious community.This our most dangerous"Enemy Within"is getting worst.We need a cultural revolution.We need nationhood.We will perish in another generation it is time to act. 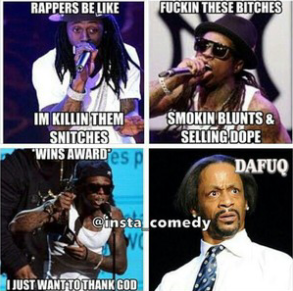 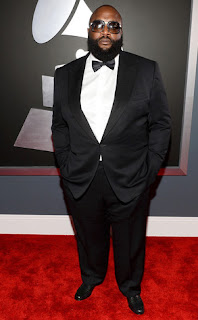 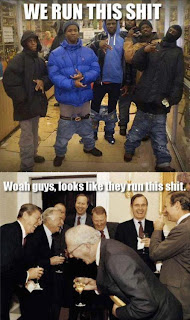