The Trans Atlantic Slave Trade brought African culture and civilization total destruction.The same system built the modern Western World.America's birth is the direct result of the enslavement of tens of millions of Africans in the Western Hemisphere for 345 years.Slavery created a new ideology called racism or White Supremacy.Such ideology did not exist in the ancient world.That is the belief that the White races were superior and that the darker peoples inferior or subservient to the master race.Although many Whites do not believe it,they benefit from having White skin,which is a mark of dominance and power anywhere in the world. The American Revolution One of the remarkable contradictions of the American revolution is that it was fought for liberty.The rights of man to enjoy happiness,own private property,have a voice in his society and the consent to being governed.Now all the while the wealth of America was built on the procurement of Black bodies,which by the way was how Wall Street grew.There were voices against slavery in America.Most people either were indifferent or opposed to it on principle.But few thought war or bloodshed was worth ending slavery, so it grew even bigger after the Constitution was ratified.When the Constitution of America was written,it was clear that America the United States was meant to be a European homeland.The original Declaration of Independence of America from England contained passages condemning slavery.This would not sell so it was edited out.The American Revolution was a fragile experiment no one thought would work.It lasted as is seventy three years without internal war.It held together after the Civil War. Free Blacks in America Contrary to popular belief,not all African Americans in America were slaves.Infact at first slavery was not based on race initially.But it grew out of a cultural belief,that held Africans as naturally fit for a life of bondage.Such a race was not fit to live in a society dominated by Whites.Since the first Africans who came to America,called Atlantic Creoles,manumitted slaves existed as far back as the 1600's.These Westernized Blacks lived in communities of their own throughout the English colonies in America.Some even married Whites in the beginning.As the African slave trade progressed,so did the numbers of free Africans.A unique Black culture developed with its own customs and ways that were remembered African traditions and American influences.There were many well established Black towns throughout North America.Many during the American Revolution adopted the views of Thomas Payne and Thomas Jefferson concerning the rights of the common man to rule himself.But many were realistic about their prospects of living in a White dominated country.Many thought the time had come to return to the land of their forefathers and build a life based on the ideals of liberty,private property,inalienable rights from God.Such a land would give the Black man a chance to live in dignity and control his own affairs. America vs Liberia Both America and Liberia were founded on the principles of individual liberties,both having contradictions.For the Black man of the 18th and 19th centuries,what was the direction.Both countries were lands.Both were republics.There is nothing America cannot give the Black man that Liberian cannot.So why is the Liberian Declaration of Independence not looked at in the same light as the American Declaration of Independence?Why do Black people put more faith in what White men write not in what Black men write?The following is a passage from a Liberian Founding Father John Day"The elder John Day, a skilled cabinetmaker, saw his status decline and he fell back among the common lot of free blacks. The father took to drink, lost his business and property and left the state. He left behind John Day, Jr., who had been schooled and socialized with his white age mates, to work off his father's debts. A brother, Thomas Day, became a legendary cabinetmaker in North Carolina, and John Day, Jr., became a Baptist minister. He felt his calling to be a missionary in Haiti. But he received little or no support from Virginia Baptists in this endeavor and turned his attention to Liberia, leaving Hicks Ford, Virginia for that colony in 1830. His wife, Polly Wickham, and their four children died soon after the family arrived in Liberia. A generation later, in 1854, he wrote an open letter to free blacks in America saying, " I have noticed the prohibitory and oppressive laws enacted in many of the states in regard to you, I have wept and wondered whether every manly aspiration of soul had been crushed in the colored man, or does he pander to the notion that he belongs to an inferior race?"2 Until his death, John Day continued to believe that Liberia offered more opportunity for free black families than did the United States, and that one of those opportunities was for Christianizing Africa."Like his contemporaries in the early 19th century,John Day believed the Black man needs his own nation.The founding Fathers of Liberia were just as educated and more honorable than the men who wrote the US Constitution.This Liberian Constitution was written solely for the Black man who was enslaved.Why did we not take this offer?Is this the root of our problems in America?The love of anything not Black? 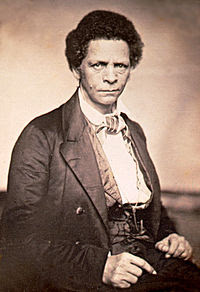 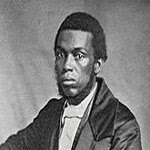 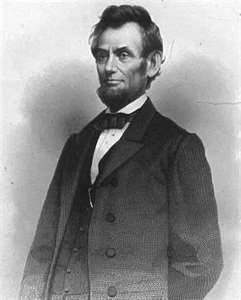 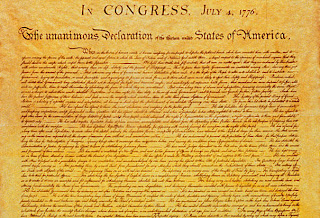 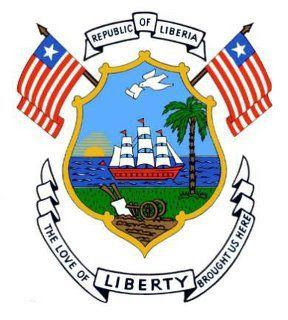