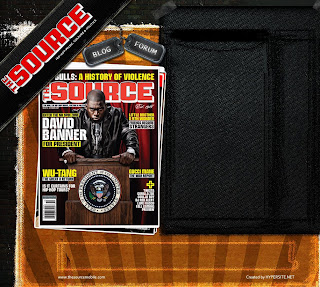 I remember back around 1995 when the spirit of Black unity and Black Nationalism was in the air and I was a very young community organizer for the Million man march.I remember thinking at some of the Nation of Islam rallies that we are on our way.I loved my people which was an extension of my family.Most of the militants back then came from working or middle class back grounds the people least in dire need of uplifting.I asked many brothers and sisters back then what brought them out.The answer I did not take seriously back then was they thought certain elements of our community were out of control.They said the gangs the ignorance,violence,immorality was the biggest threat to our survival.Many said the image of the Black criminal gives an already racist police force reason to harass and even hurt any Black man they so pleased.I ignored this focusing on"White Racism"and oppression.My experience was different my family moved to a predominately White community with few Blacks but a good school system.I had White friends but I faced racist taunts and bullying that made my childhood miserable.I was bitter towards Whites,Latinos,and those Blacks who I thought tried to be White.I went to a mostly White college and it was worst.I hated the fact that African history was ignored and Europe was glorified.This set in me a notion that we should fight White supremecy and anything less than being civilized educated,was treachery.
So when when I first became an activist I was caught up in blaming White people for everything,ignoring the missed opportunity that was in front of us if we took advantage of it.I like so many people who grew up in the North and moved to the South saw advantages that did not exist in these immigrant strongholds like in the South.My view changed dramatically when I was a victim of Black on Black violence.I was almost stabbed to death in a restaurant brawl when eight dudes jumped me for no apparent reason other than to show off.At the trial I learned that most were my age in their early 20's.I had a chance o read their rap sheets and I was angered at how they were living lives at the same time I was playing by the rules.What was these people doing out with attempted murder charges,drug dealing,murder,weapons ect.I wondered why were they able to afford such good attorneys and I could not get out of a traffic ticket.
The Rouge Element-You see one of the reasons the million man march failed is because the men who should have been down there atoning was home raising hell in the community.We failed to realize that although one may share the same skin color as you this does not mean they share your values and beliefs.These people who spit on the community that they are from are traitors and one day not even the government will be able to save them.Back in the day it was the White store owner and police who was the visible enemy,now it is the thug/gangbanger/coon rapper.Rapper Biggie Smalls once rhymed about robbing a church and leaving the preacher bloody.We have R Kelly sleeping with 13 year old girls on camera and we do nothing as he walks out of court a free man.We have people actively work to undermine anything positive in Black America,and these are Blacks.But the good news is they are going to lose as we are becoming united again thanks the the web.
The new thing among the rouge element is to openly boast about selling poison to your own people.Make no mistake the White community will never see blond haired kids killing each other everyday.Look how fast that whole high school killing stopped.They went all out because they will spend any amount of resource time money ect to prevent it.But the people that encourage Black kids to thug make millions and nothing is being done to these race traitors in the entertainment industry.The rouge thinks about his own survival not his people.These criminals are the same people who infiltrated every Black organization since Nat Turner and for a hot meal told our enemies everything.The rouge will sell drugs,his daughter,his mother,his people out for pennies.The Rouge element must be identified and hunted down then our communities will be safe again.