Blue Ink Review of Journey to the promised land Novel 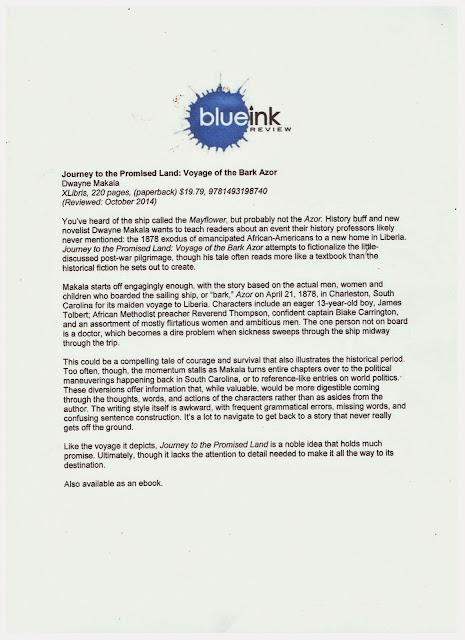 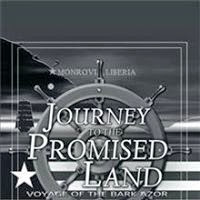 Ok this was Blue Inks review on my novel.I think it was fair.I learned alot.This will help me in the future when writing another historical novels.Also I thought I caught all grammar errors,but I slipped.My first novel,I could have done better.The storyline is nice.Definitely a must read and classic.
Posted by Kala Nation at 9:33 AM No comments:

Ode to the Dragon Slayers!Neo Chiterling Circuit aka The Lecture Circuit 11/14 by Kalagenesis | Politics Progressive Podcasts

Afrikstan adjective or noun.A description of a place or and actual tangible place.Afrik is part of"Africa".Broken the K replaces the C.Stan means homeland or territory.Afrikstan means a African homeland for African Americans and African victims of the Trans Atlantic Slave Trade.An Afrikstan should be governed and administered by African diaspora people.An Afrikstan will right the wrongs of the slave trade.An Afrikstan can be an enclave,protectorate,autonomous region,province,or independent nation state.It is our humble opinion that the total sum of all African Nationalist movements should be towards an Afrikstan.The actual name should be decided later.There can be multiple Afrikstans located around Africa to host countries. 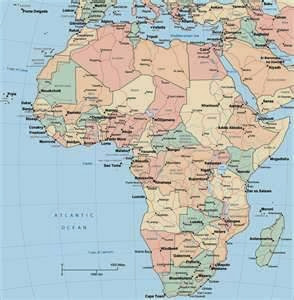 Posted by Kala Nation at 4:46 PM No comments:

Ode to the Dragonslayer!

The Kala Nation has been putting out talking points concerning the quagmire Black America seems to be trapped in.The"Enemy Within""Sacred Cows""Arrested Development"and others point to pathologies to a people broken and in moral,spiritual and emotional decline.The next series I want to talk about it using Parallels matching historical fables,stories,mythologies to the current state of Black African people in America,specifically the Trans Atlantic slave trade victims or Maafa. After the fall of the Roman Empire most of the Western world went into the Dark Ages.Kingdoms formed around the fragments of the Roman Empire,kept many of the customs of Rome except much of the ability to learn and reason.As the Bible became the only literature permitted in much of Europe.During this time period ignorance ruled along with its sisters superstition and intolerance.During the Middle Ages most people believed in Dragons,although no one had ever seen one.People no matter what village or kingdom feared the mythical beast more than they did God.This created opportunity for men of valor,charlatans,wizards,warriors ect to distinguish themselves as the one who can protect people against the damnation of the dragon.Since most people believed in the dragon it was important to keep the myth alive as to keep people in check.Wizards sold magic spells,noblemen offered gold,men offered their virgin daughters as sacrifice to the dragon to keep the kingdom safe.This created power vacuums,where as men created huge followings around their ability to scare off the dreaded dragon.Now of course there were people who did not believe this,but they were quickly silenced as heretics and many times burned at the stake.The dragonslayer was the most powerful commoner in the kingdom. The question is what happens when people find out the truth?Or what happens when the dragon makes a deal with the people himself instead of words and imagery of the dragonslayer?Who is more dangerous to the people the dragon or the dragonslayer? We can fast forward the same scene to Black America in the latter 20th century and the early 21st century.We have Dragonslayers running around calling themselves Black Militants.Black Militancy is a prisoner to Captivity.The Dragon is the"White Man"Although there are racist and Black America is under a White supremacy system,these modern dragonslayers do not have the capability to save themselves much less 43 million African Americans.But the dragonslayers are here to save us from the White Devil.There is no time for logic,reason,education,self empowerment and even nationhood eventually.No it is just support them,buy their books,come to their rallies and they will save us from the White Dragon.Come on buy this beanpie,this newspaper,this video,pump your fist and the dreaded White Dragon will go away.The question is how do we get rid of the dragonslayer so we can actually deal with the dragon ourselves? 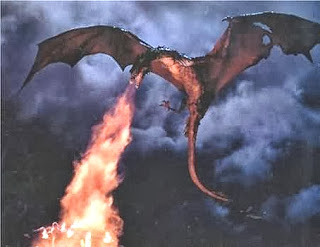